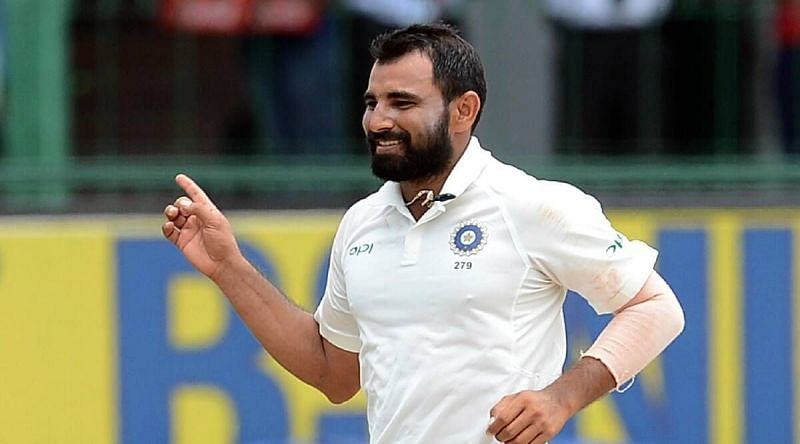 Team India pacer Mohammed Shami, who is currently recuperating from injury, was seen working hard in the nets as he looks to regain match fitness.Mohammed Shami has been out of action since the first Test Down Under in Adelaide. The senior India pacer suffered a fracture after being struck on his right arm by a bouncer from Pat Cummins, as India crumbled to 36.On Friday, the 30-year-old took to his official Instagram handle and posted a video in which he is seen bowling in the nets. Along with the video, Mohammed Shami also put up a philosophical message, which read:“Always focus on how far you’ve come, rather than how far you have left to go.”Replying to the video, fans prayed for his quick recovery, and hoped he would be available to play for India soon. Another Team India pacer, Navdeep Saini is also seen practising with Mohammed Shami in the video.The Bengal pacer was not included for the first two Tests for the ongoing home series against England as he is yet to regain full fitness.India went in with Jasprit Bumrah and Ishant Sharma for the first Test in Chennai, dropping Mohammed Siraj despite his brilliant show in Australia. They included three spinners in Ravichandran Ashwin, Washington Sundar and Shahbaz Nadeem.Mohammed Shami: A vital cog in India’s Test team The experienced Mohammed Shami has been crucial to India’s rise in Test cricket as world-beaters over the last few seasons.

Since the start of 2018, Mohammed Shami has claimed 85 wickets in 23 Tests at an average of just over 24, with three five-wicket hauls.In home Tests during the same period, Mohammed Shami has 24 scalps to his name in six Tests at a spectacular average of 15.04. His ability to reverse swing the ball has troubled a number of opposition batsmen.Overall, Mohammed Shami has featured in 50 Test matches, and has picked up 180 wickets while averaging 27.58.The Bengal pace bowler has formed a formidable partnership with Ishant and Bumrah in recent times, with the current bowling attack being rated by many as India’s best ever.Playing his 18th Test, Bumrah has so far claimed 81 wickets at an excellent average of 21.55. The Chennai Test is Ishant’s 98th. He has 297 scalps to his name, averaging more than 32.
Published 06 Feb 2021, 00:15 IST