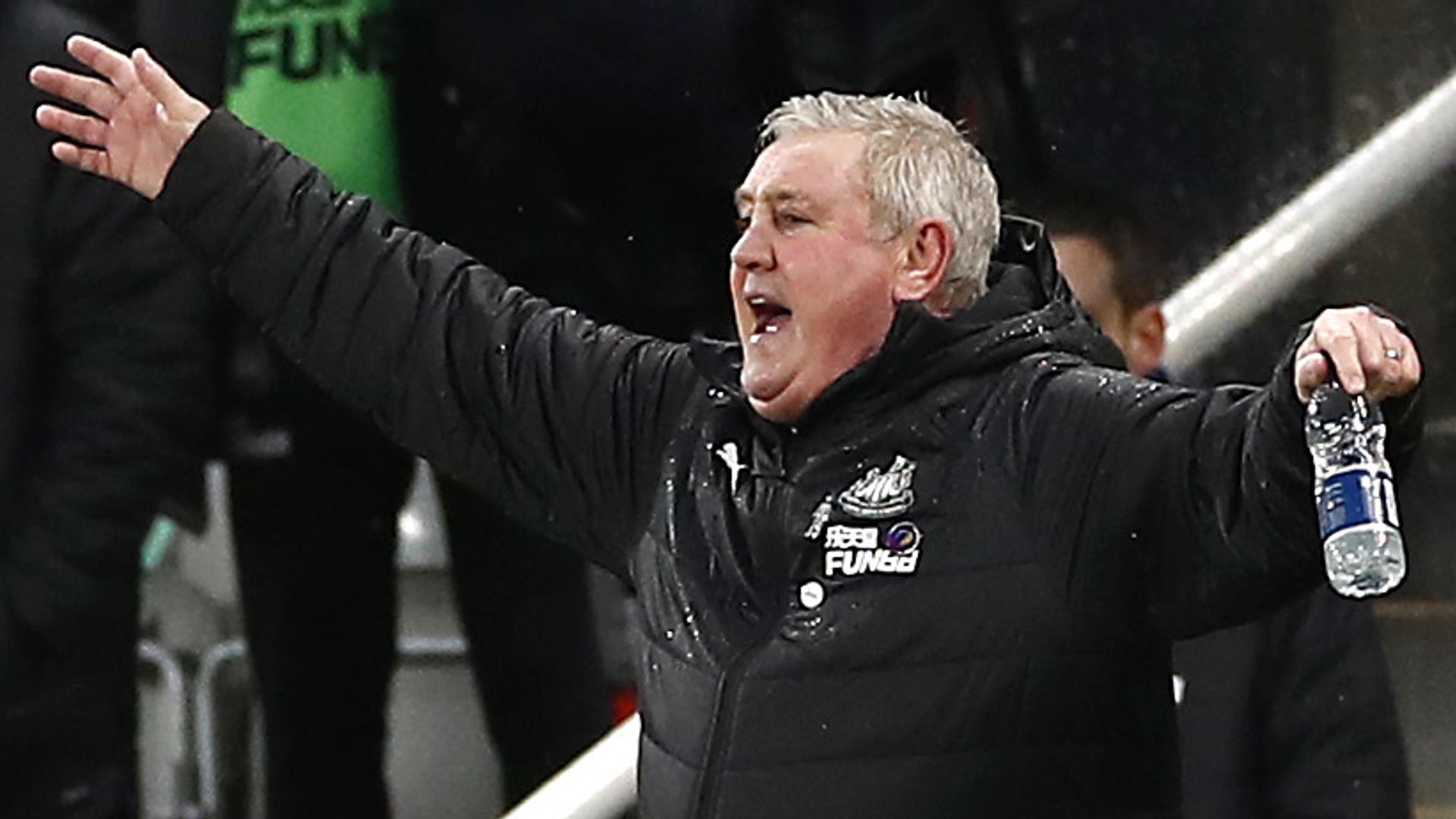 Newcastle head coach Steve Bruce admitted his job came with a health warning after watching his nine men hang on to beat Southampton.Bruce, who has been under intense pressure after a run of 13 games in all competitions with just one win, saw the Magpies scrap their way to a 3-2 victory despite losing midfielder Jeff Hendrick to a red card and defender Fabian Schar to injury with all three substitutes having been used.
Asked about his emotions during an eventful afternoon, Bruce said: “A mate of mine said when I took the job that it came with a health hazard.”The two minutes just after half-time summed it up, where we could have gone 4-1 up and looked very, very rosy indeed. Instead within a minute, it’s 3-2 and we’re down to 10 men. The last half an hour is awful, to be brutally honest.

“It’s not often you can hang on with 10 men for half an hour, let alone 25 minutes with nine men. The resilience of the team and the effort and the commitment of them was terrific.”
Newcastle looked to be cruising with 26 minutes gone when, after debutant Joe Willock’s 16th-minute opener, defender Jan Bednarek, playing after a successful appeal against his red card at Manchester United in midweek, turned Miguel Almiron’s shot into his own net.

Takumi Minamino marked his first appearance for the Saints with a goal four minutes later, but Almiron sent the Magpies in at the break 3-1 ahead after cashing in on a mix-up between goalkeeper Alex McCarthy and Ryan Bertrand.
However, the real drama was to come in the second half, when James Ward-Prowse reduced the deficit with a sumptuous free-kick before Hendrick was sent off, before Schar was carried off on a stretcher 15 minutes from time.

But the hosts managed to hang on to claim a morale-boosting win, although at some cost with leading scorer Callum Wilson and full-back Javier Manquillo also having been added to the casualty list.Bruce said: “We’re taking one step forward, it seems, and always two back. You can understand why managers were complaining because we were simply playing too much in December and January and most clubs are falling to pieces with it.”Hassenhuttl fuming: Not good enough

Image:
Ralph Hasenhuttl’s Southampton have now lost five on the trot in the Premier League

Saints counterpart Ralph Hasenhuttl had hoped for a response to Tuesday night’s 9-0 mauling at Manchester United, a game his side finished with only nine men, but was less than impressed after witnessing a fifth successive league defeat.Hasenhuttl said: “It’s easy to sum up: defensively not good enough for the Premier League, again. The way we conceded the goals in the first half was far too easy and then it’s always tough to come back.

“We tried everything in the second half, but also with not always the best tools and this is the reason why we in the end lose a game that you never have to lose, normally.”Maybe we were a little bit under the shock from last Tuesday, but [I] cannot accept it because the team seemed motivated at the beginning, everybody wanted to show up there and that’s the reason why I am not happy.”He earlier told BT Sport: “The way we conceded is far too easy. It’s not the way you can defend in the Premier League. It’s always difficult to come back, we tried, scored twice, but when you defend like this, it’s hard to get points, it’s so simple.

“You can talk about being one man more, two men more, we had a few chances, but the way we gave the goals away was too easy.”We find the reset button and find back the behaviours we showed at the beginning of the season. I know it is a tough moment now, and when we start like this, it’s almost immediately the same problem. It’s too easy.”In general we must find a way back to the way we played support. To be consistent over 38 games is the difference between a good team and a team that wants to be good.”What’s next?Newcastle now go to Chelsea on Monday Night Football on February 15, live on Sky Sports Premier League at 8pm.Southampton go to Wolves in the FA Cup fifth round on Tuesday at 5.30pm, before hosting Wolves on on Sunday February 14 at 12pm.