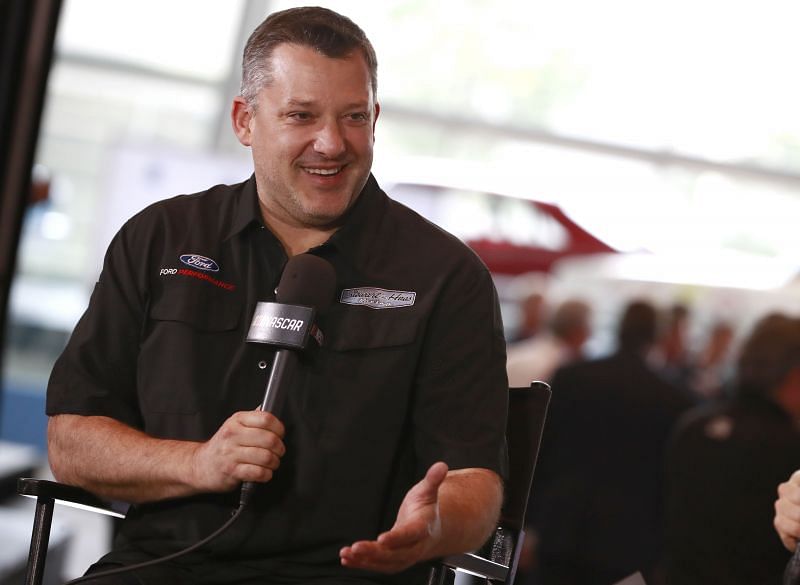 Stewart-Haas Racing is co-owned by three-time NASCAR Cup Series champion and Hall of Fame driver Tony Stewart and Gene Haas. It has been a partnership that began in 2009 with just two drivers, Stewart and Ryan Newman. They would both make the playoffs that year.Since then, the team has grown into a four-car behemoth led by Kevin Harvick, who won the title in 2014, Aric Almirola, and Cole Custer. This season, Chase Briscoe joins the team looking for Rookie of the Year honors.Stewart-Haas Racing heads to Daytona International Speedway, seeking its second win in the Great American Race. Kurt Busch, who was with the team for five years, won it in 2017. Gene Haas. (Photo by Mark Thompson/Getty Images)Stewart-Haas Racing knows how to winOver the course of a dozen campaigns, Stewart-Haas Racing drivers have won 65 times with 194 top 5s, 582 top 10s, and 54 poles. A large chunk of credit for their success has to go to Kevin Harvick, who secured more than half of those victories.Harvick had a very successful career at Richard Childress Racing (RCR), winning 23 times, but Stewart-Haas Racing managed to pluck him away in 2014. Since then, he has piled on another 35 victories to his total. But that is just a part of why Harvick is so great.When Dale Earnhardt died at Daytona in 2001, RCR tabbed him to take over for the rest of the season. Replacing a legend may be one of the most challenging things any driver can do if it follows a retirement. But he was stepping in for ‘The Intimidator’ following his tragic death. Harvick was a perfect choice, eventually stepping out of the shadow of Earnhardt.Harvick, like most race fans, doesn’t have to be reminded what the 2021 Daytona 500 represents. It has now been twenty years since Earnhardt died on that fateful February afternoon doing what he loved almost as much as his family —racing.There will be approximately 25,000 fans in the stands for the 63rd running of the Daytona 500. Once the cheering for Earnhardt stops, the next sound they will hear is the roar of engines, and it’s game on for Stewart-Haas Racing.

The four drivers for Stewart-Haas Racing met the media via Zoom calls, and here are some of their thoughts, via Ford Performance.Kevin Harvick – No. 4 Busch Light #TheCrew Ford Mustang On if he expects to equal the success from last year:“2020 was a great year in terms of race wins and the competitiveness of all our different teams doing so well throughout the year. It is hard to tell what is going to happen this year because there is always some area of play and I am sure it is going to be another very competitive season in 2021 and we are looking forward to that competition and seeing our drivers and teams do well.

The competition is going to be bringing the best that they have. It is going to be a tough year because we also have to be preparing for 2022 and the NextGen car. So as our teams get their test cars and are trying to race in 2021 to win every single race and to win the championship, they also need to be preparing for 2022. It is really going to push the sport through the manufacturers and teams and different stakeholders to compete and do well this year but also be ready to compete and do well next year because everybody wants to win the Daytona 500 next week and a year from now as well.It is incredible what this sport is capable of. They just need a goal and we go and get it done. It is great to be a part of this sport and be partnering with the teams that we have for that success.”Aric Almirola – No. 10 Smithfield Ford MustangOn just trying to survive to the end of the Daytona 500:“Without a doubt, absolutely. In superspeedway racing, no matter what, the draft is a very big part of our racing, so guys run into each other and that helps both cars go faster. When you lock bumpers, you go faster, so anytime there’s contact involved and that helps you go faster when you start pushing and shoving, it only takes one small mistake at 195-200 miles an hour to misjudge something just by a fraction of an inch and you get involved in a big wreck.”

Cole Custer – No. 41 HaasTooling.com Ford MustangOn where he wants to be if ‘the big one’ happens:“You want to be in front of it, but being in front of it is not easy and it doesn’t guarantee you, I guess. It can happen at any moment is the problem, so you really just have to go and race. We talk about trying to game it and trying to stay in front of it or behind it and everything, but for the most part you’ve just got to go race, hope for the best. If things are getting crazy and you’re in a bad spot, maybe you back out, but for the most part, you go and race.”Chase Briscoe – No. 14 HighPoint.com Ford MustangOn what he thinks it might be like to start the Daytona 500:

“I think it’s gonna be different just because it’s not the full capacity, it’s not all of the pre-race stuff, all those things – not riding around in a truck. I don’t even know if we’re gonna do that, so all of that I think is gonna be a little bit different.It probably won’t hit me as hard, I think, because of that, but I remember the first time I got to run at Indianapolis Motor Speedway. I cried on the truck riding around there waving to people just because I was getting to race at Indianapolis Motor Speedway. I’m a pretty emotional guy. I’ll probably tear up at the Daytona 500 as well just knowing that I’m about to run that race. It’s just gonna be special. It’s something that I never thought I would get to do one of them. Hopefully, I get to do many, many more, but just getting to savor that moment of racing in one of them is gonna be special, whether it’s full capacity or a third of the people therem it’s still the Daytona 500 and it’s just crazy to think I’m gonna be able to run that race.”
Published 06 Feb 2021, 03:53 IST