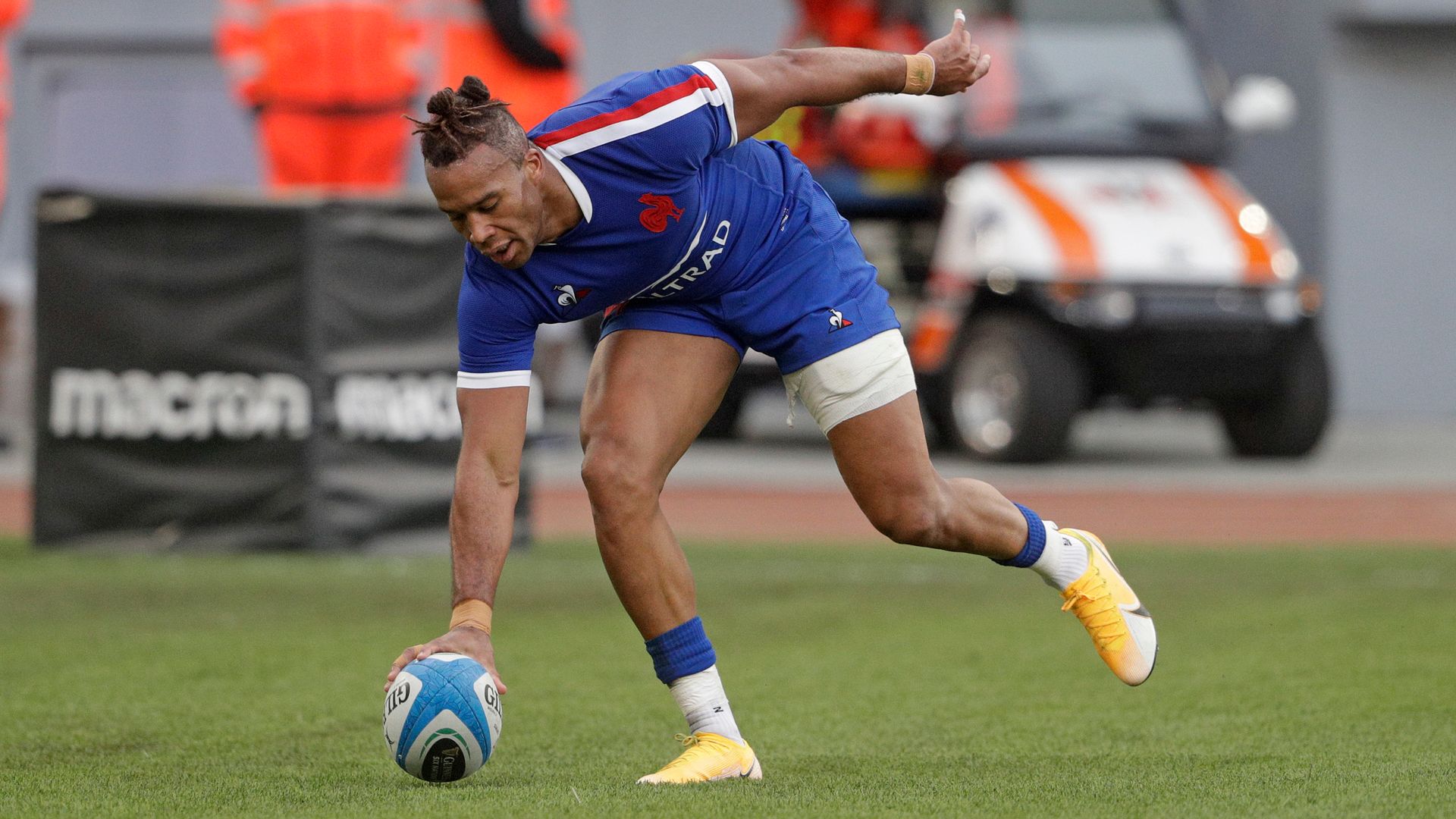 Teddy Thomas crossed twice to help France lay down a marker for this year’s Six Nations as they put Italy to the sword 50-10 in Rome.
Tries from Dylan Cretin, Gael Fickou and Arthur Vincent saw France establish a 24-3 lead by half-time as they took advantage of some lax defending from the hosts during the first 40 minutes at the Stadio Olimpico.There was no let up after the break from France either as Brice Dulin secured the bonus point, followed by man-of-the-match Antoine Dupont and Thomas setting each other up for tries, and the latter then notching up the half-century tally six minutes from time. Italy did manage to grab a consolation try through Luca Sperandio, having had an earlier score from Monty Ioane ruled out due to a forward pass, but otherwise it was a day for Fabien Galthie’s men to press their case for being considered one of the favourites to lift the title.France opened the scoring in the seventh minute when Thomas’ elusive running set up an attack which ended with flanker Cretin driving over for his first Test try. Jalibert added the conversion and then kicked a 35-metre penalty to give France a 10-0 lead after 11 minutes.Italy were adventurous in possession and built up a head of steam for Paolo Garbisi to reduce the deficit with a 20-metre penalty, but the Azzurri’s naivety was twice exposed by scrum-half Dupont, the player of the 2020 Six Nations tournament. Antoine Dupont played a starring role for France in the win over Italy Dupont’s clever 27th-minute chip allowed Fickou to claim the simplest of scores and Jalibert added the extras. Then, three minutes later, Dupont hacked on a loose ball and the bounce favoured winger Gabin Villiere to collect.The Toulouse No 9 was on Villiere’s shoulder to collect and he produced a superb pass under pressure to send Vincent over, with Jalibert converting again for a 21-point lead.Italy were given hope when Ioane scampered over from Stephen Varney’s blindside break but the try was disallowed, with the scrum-half’s pass to the winger adjudged to be forward. France’s Gael Fickou scores his side’s second try France claimed the bonus-point try in the 49th minute when Villiere kicked ahead for full-back Dulin to collect and Jalibert landed the touchline conversion.Italy were slipping badly off tackles as tiredness took its toll and Thomas burst clear to find Dupont on his inside and he ran through unopposed. Dupont returned the favour to set up Thomas two minutes later and Jalibert added a sixth conversion before Italy wing Sperandio broke down the right to give the Azzurri some cheer. Luca Sperandio grabbed a consolation try for Italy But Thomas had the final word seven minutes from time, shaking off a couple of defenders to score in the corner and bring up the half-century of points.