Klopp relaxed over potential for surprise against City 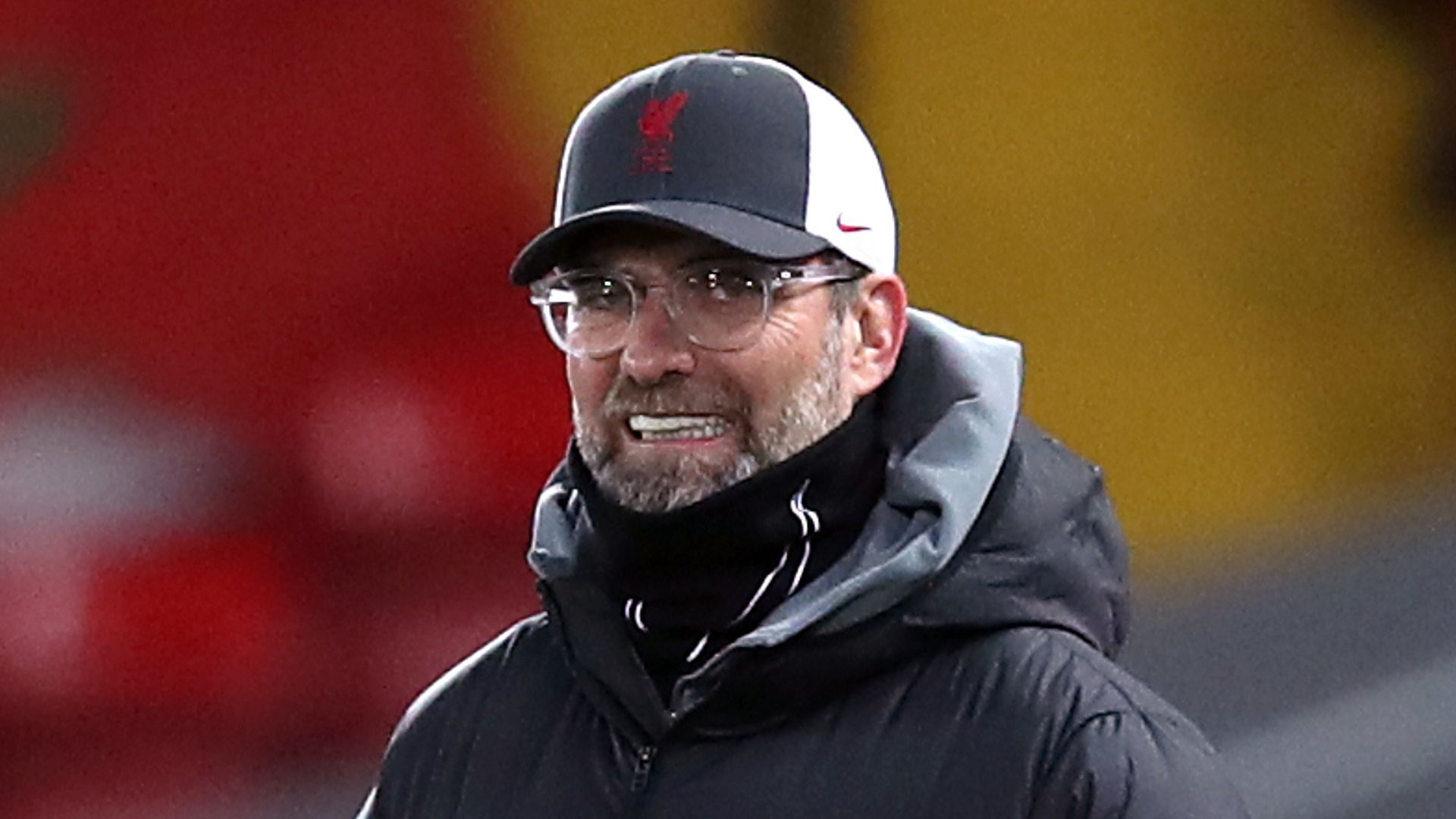 Liverpool manager Jurgen Klopp admits Manchester City’s tactics at Anfield have sometimes surprised him but thinks having no fans in the ground may make a difference this time around.City boss Pep Guardiola has drawn one and lost three of his four league away matches against Klopp’s side – the most without winning in any opponent’s stadium.
In the past he has arrived with a tweaked game plan, abandoning their all-out attacking approach for something considerably more restrained, but it has so far not worked with Riyad Mahrez’s missed 86th-minute penalty in the October 2018 goalless draw the closest they have come to victory.”We had a home game here when I don’t think (Kyle) Walker passed the halfway line, that was reasonably surprising, but I think they could win it in the last seconds with a Mahrez penalty,” said Klopp.”They are different moments before games against City than before all the other games.
“It depends on your own situation, who is available, who is in good shape, what do you do, all these kinds of things.

“I think last time when we played at City it was a nice idea (Klopp fielded Mohamed Salah, Sadio Mane, Roberto Firmino and Diogo Jota in the same team), worked really well for around 25 minutes or so, and in the end it became an open game again. Which was completely fine.
“This is not the place we talk about what we do against City but we will try and think to do the right things, you can imagine.”

However, with no home fans to roar on their team, there could be a change in the dynamic and how it affects City’s mentality.Liverpool have also lost back-to-back home league matches, having previously gone 68 without defeat, and no goals in the last three at Anfield is their worst run since October 1984.

“I don’t know if he (Guardiola) sees it like that, we will know it,” added Klopp.”Our situation now is not talking about supporters in or out, because we all know how much they help. We know that. We knew it always.”For a long time (after fans were locked out) we could ignore it at least, result-wise. Now not in the last few weeks, and that is actually the exact opposite of what we want.”So we have to make sure the atmosphere, good or bad, doesn’t make a difference.”