Genshin Impact: How to get Barbara for free 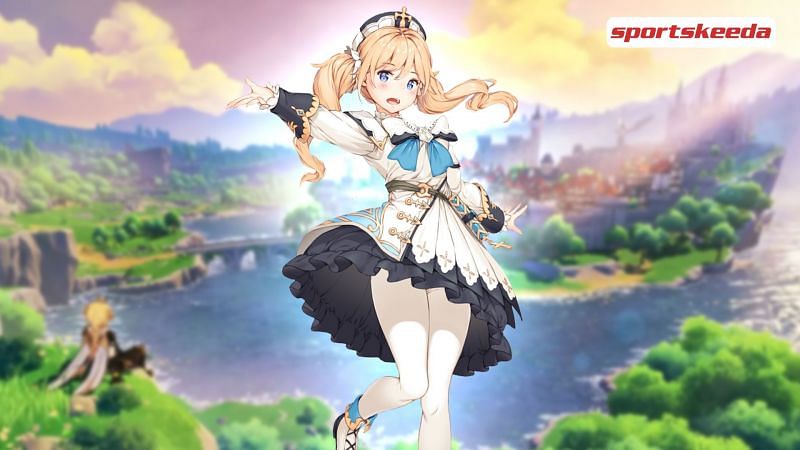 In Genshin Impact, Barbara is a 4-star character of Hydro elemental type. She plays a major role in healing the party. Unlike other healers in the game who are partially dedicated to being DPS or sub-DPS, Barbara is a full-time healer and supporting character who utilizes her elemental skill and elemental burst to heal the party members. Although she is one of the 4-star characters, there is a way for new players to get barbara for free.How to get Barbara for free in Genshin ImpactTo obtain Barbara for free, players must reach adventure rank 18 in Genshin Impact. Upon reaching adventure rank 18 successfully, players can unlock the “A Long Shot” quest. After beating Dvalin/Stormterror in the quest, players will unlock “Shining Idol” Barbara (Hydro) for free. If a player has obtained Barbara from the gacha banners, they can unlock a constellation of hers after this quest. For players who are not F2P, Barbara will be making an appearance in the upcoming banner alongside 5-star Keqing (Electro). The 4-star Barbara will have her drop rate boosted from February 17th to March 2nd. (Image via Mihoyo)ALSO READ: Genshin Impact player sets global record for highest damage

Barbara in Genshin Impact: Elemental skill, burst, and talentsBarbara uses her normal attack, “Whisper of water,” to perform four consecutive water splash strikes on the enemy, dealing with hydro elemental damage and applies wet status. Her charged attack consumes a certain amount of stamina to deal with AoE hydro damage.Barbara’s elemental skill “Let the show begin” summons water droplets to cast a Melody Loop, dealing hydro damage to surrounding enemies and marking a wet status on them. The Melody Loop has the following advantages.Normal Attacks heal the party’s characters for a certain amount of HP, which scales with Barbara’s Max HP.Barbara’s charged attack generates four times the amount of healing for all the party members.Recovers a certain amount of HP at regular intervals for the on-field character.Applies the wet status to the character and opponents who come in contact with her. (Image via Genshin Impact Fandom)Barbara’s elemental burst “Shining Miracle” heals a large amount of HP to all the characters available in the party and co-op. The healing amount scales up with Barbara’s max HP.Barbara can be a great support for Pyro, Cryo, or Electro elemental DPS characters because of her versatility with elemental reactions and transferrable elemental skill.

Barbara’s Melody loop carries over to other characters, enabling them to form elemental reactions such as Freeze, Vaporize, and Electro charged. All of this makes her one of the top tier support characters in Genshin Impact.ALSO READ: Genshin Impact yellow items: Complete five flushes of fortune easily
Published 07 Feb 2021, 17:17 IST