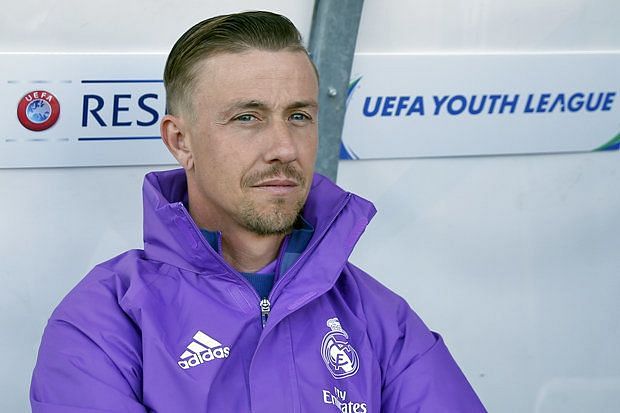 Real Madrid legend José María Gutiérrez Hernández, popularly known as Guti, has hit out at the club over what he described as unfair treatment.Speaking in an interview with fellow club legend Jorge Valdano, Guti said:“I think the have the doors to Real Madrid closed. Not for my part, but for theirs. As a coach, they did not give me the opportunity to show in Castilla that one day I could make the lead to Real Madrid. For that reason, it was the right time for me to leave. I had already been at Juvenil A for two years,”“The first year at Real was very good and the second not so much, I needed a greater challenge,”“I did not leave because they didn’t give me Castilla, I left because Real Madrid and Castilla had their benches occupied. I wanted to continue to advance in my career. If I had continued one more year at Juvenil A, I would have taken a step backwards.”Guti came through the Real Madrid academy, spending nine years within the system, before making his first-team debut in 1995.Over the next 15 years, he played his way into becoming a club legend, with 542 appearances made in all competitions. He, however, failed to truly fulfill his potential, owing to disciplinary issues, as well as the presence of several world-class players in the dressing room.He departed the Santiago Bernabeu in 2010 and spent two years with Turkish side Besiktas before announcing his retirement in 2012.He returned to Real Madrid to coach the youth team for five years, but left in 2018, having not been given opportunities to progress up the managerial hierarchy. A six-month managerial spell was undertaken at Segunda side Almeria before he was sacked in June 2020.

Zidane’s job as Real Madrid manager could be under threat owing to inconsistent results Zidane is under pressureZinedine Zidane is unarguably the most successful manager in Real Madrid’s recent history. His record on the bench is likely to be matched in the nearest future but recent results have done little to make his position safe.A poor start to the season had seen his position under threat, with reports suggesting that Florentino Perez is considering alternatives.

His players, however, rallied behind him, with a strong run in December seeing Real Madrid top their UEFA Champions League group. Los Blancos also got back into the La Liga title race.Despite that, they have failed to build on that momentum and are currently seven points behind Atletico Madrid, having played two games more. Real Madrid also suffered the embarrassment of being eliminated from the Copa del Rey by a 10-man third division side Alcoyano.Considering the volatile nature of the Real Madrid managerial position, it is not far-fetched to suggest that Zidane could find himself out of work if results don’t improve fast.
Published 07 Feb 2021, 18:17 IST