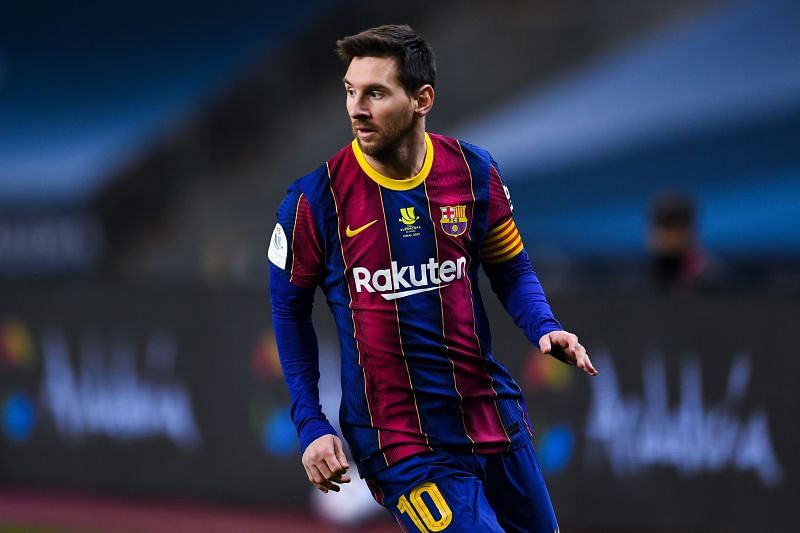 Manchester City were the favorites to sign Barcelona ace Lionel Messi once his current contract expires in the summer, but the Premier League side might no longer have a free run at the Argentinean.According to Mirror, Paris Saint-Germain have offered the Barcelona skipper a blockbuster contract, which could see the Ligue 1 side leapfrog Manchester City for the player’s signature. Lionel Messi looks certain to leave the Camp Nou in the upcoming summer.The six-time Ballon d’Or winner has been a revelation since breaking into the Barcelona first team as a teenager. Lionel Messi has become the epitome of excellence over the years and has set the benchmark in the beautiful game by consistently delivered the goods on the pitch. Even at 33 years of age, the Argentinean continues to churn up the impossible on regular basis. The Blaugrana owe their success in the last decade and a half to his genius, but it looks increasingly likely that their bond is coming to an end.However, few clubs can afford Lionel Messi astronomical wages, which gives him limited options to choose from for his next destination. Manchester City are among the ones with the financial muscle to host the Argentinean, and a reunion with Pep Guardiola was expected to be the cherry on the top for the Barcelona skipper. However, PSG are ready to pour water over the Premier League side’s dreams.🎯 Lionel Messi has scored more direct free-kicks (7) than the other 97 𝘁𝗲𝗮𝗺𝘀 in Europe’s top five leagues since the start of last season pic.twitter.com/Z20VY57Zzb— WhoScored.com (@WhoScored) February 1, 2021The Ligue 1 giants have apparently tabled an offer that will be very hard for Lionel Messi to refuse. PSG are offering the Argentinean a weekly salary of £800,000 and will also give him a £40m signing-on bonus. Manchester City do not have the resources to compete with PSG’s offerings but will be hoping that the chance to link up with former Barcelona manager Pep Guardiola will tilt the tide in their favor.Barcelona irritated with PSG’s open pursuit of Manchester City target Lionel Messi Lionel Messi

Barcelona are irritated with PSG’s open courting of Lionel Messi, so the latest reports will only add to their woes ahead of the upcoming UEFA Champions League clash between the two sides. It would now be interesting to see whether the Ligue 1 side’s efforts force Manchester City to table an offer of their own for the Argentinean.Manchester City’s links with MLS side New York City could also play a part in their pursuit of Lionel Messi, with the Barcelona skipper eager to finish his career in America.
Published 07 Feb 2021, 17:46 IST