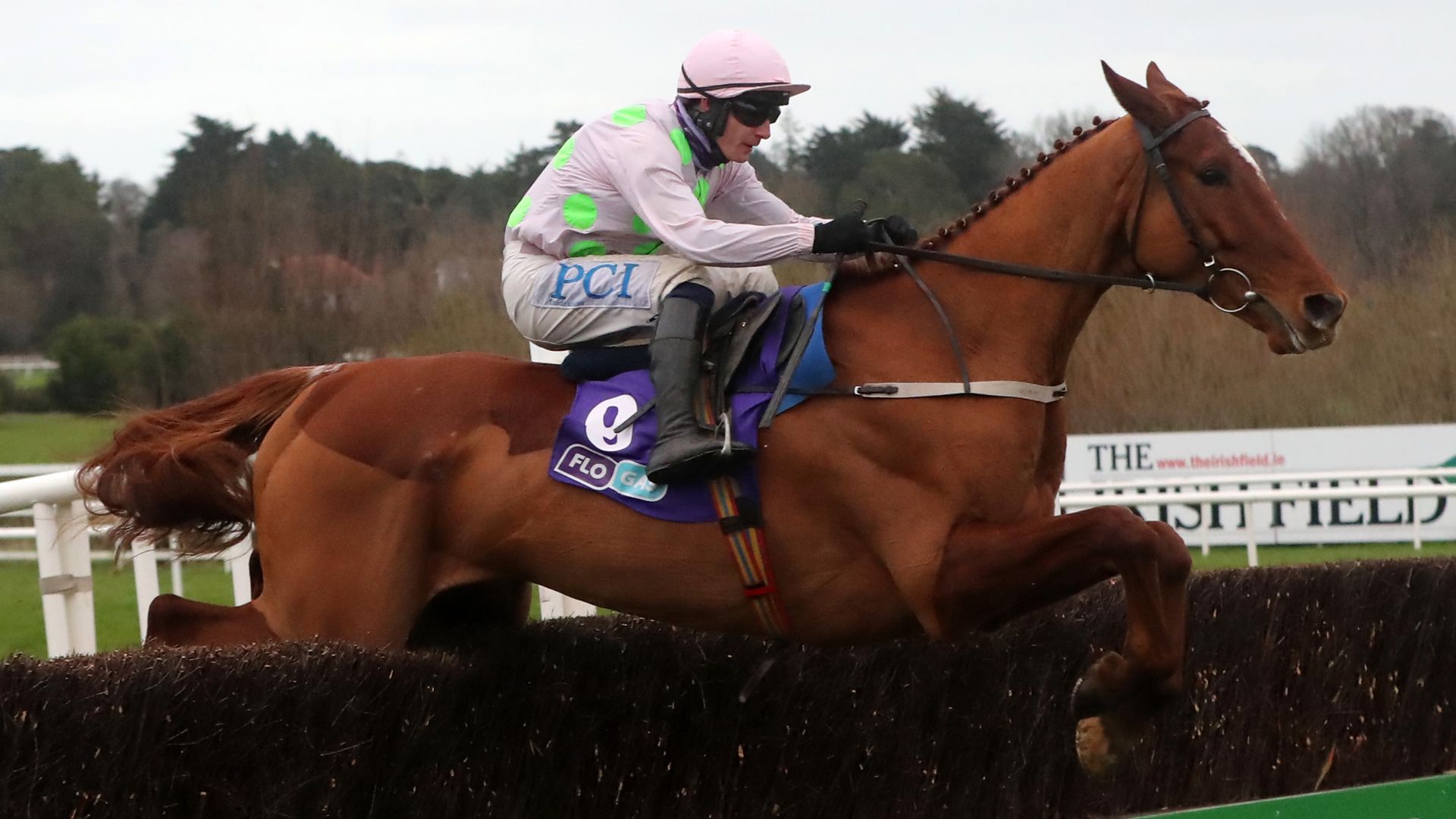 Monkfish put up arguably the most impressive performance of his career to date in the Flogas Novice Chase at Leopardstown.Last season’s Albert Barlett winner is now three out of three over fences and Paul Nolan must be cursing his luck with Latest Exhibition, who chased him home once again.
There was little between the pair over hurdles at Cheltenham and Latest Exhibition gave Monkfish plenty to think about when they met at Christmas.However, Willie Mullins’ Monkfish extended his superiority over a clearly very good rival to 11 lengths this time.Paul Townend was allowed to dictate his own pace at the head of affairs and as has been the case in his chasing career to date, Monkfish’s jumping, especially for a novice, was immaculate.
Latest Exhibition briefly threatened after clearing the second last, but Townend only had to shake the reins and 1-2 favourite Monkfish shot clear.
The winner is now 11-10 from 7-4 with Betfair for the Festival Novices’ Chase, formerly known as the RSA, at Cheltenham.
“The horses are just in fantastic form. What can you say after a performance like that? Paul thought he should be in the next race (Irish Gold Cup),” said Mullins.”Today I was more impressed than any day. It looks like he might be getting better with each run, it was the ease with which he did it.”Everything is just so effortless. He just goes down, jumps, gallops. He seems to always be in the right position, he has huge scope – no matter where he is he gets his shoulders off the ground and bends his back.”Paul never looked worried, he looked like he was a lead horse for the others, turning for home.”It’s as easy watching him as any horse, he just does everything so easily.”I presume that (Festival Novices’ Chase) is next, but we’ll enjoy today.”Townend said: “All I had to do was sit there and steer him to be honest. He locked eyes on every fence and took them on, the loose horse took me on and set him alight a little bit, but I wasn’t worried because he is just a very good horse.”The feel he gives me, he isn’t a plodder and has a little bit of class.”