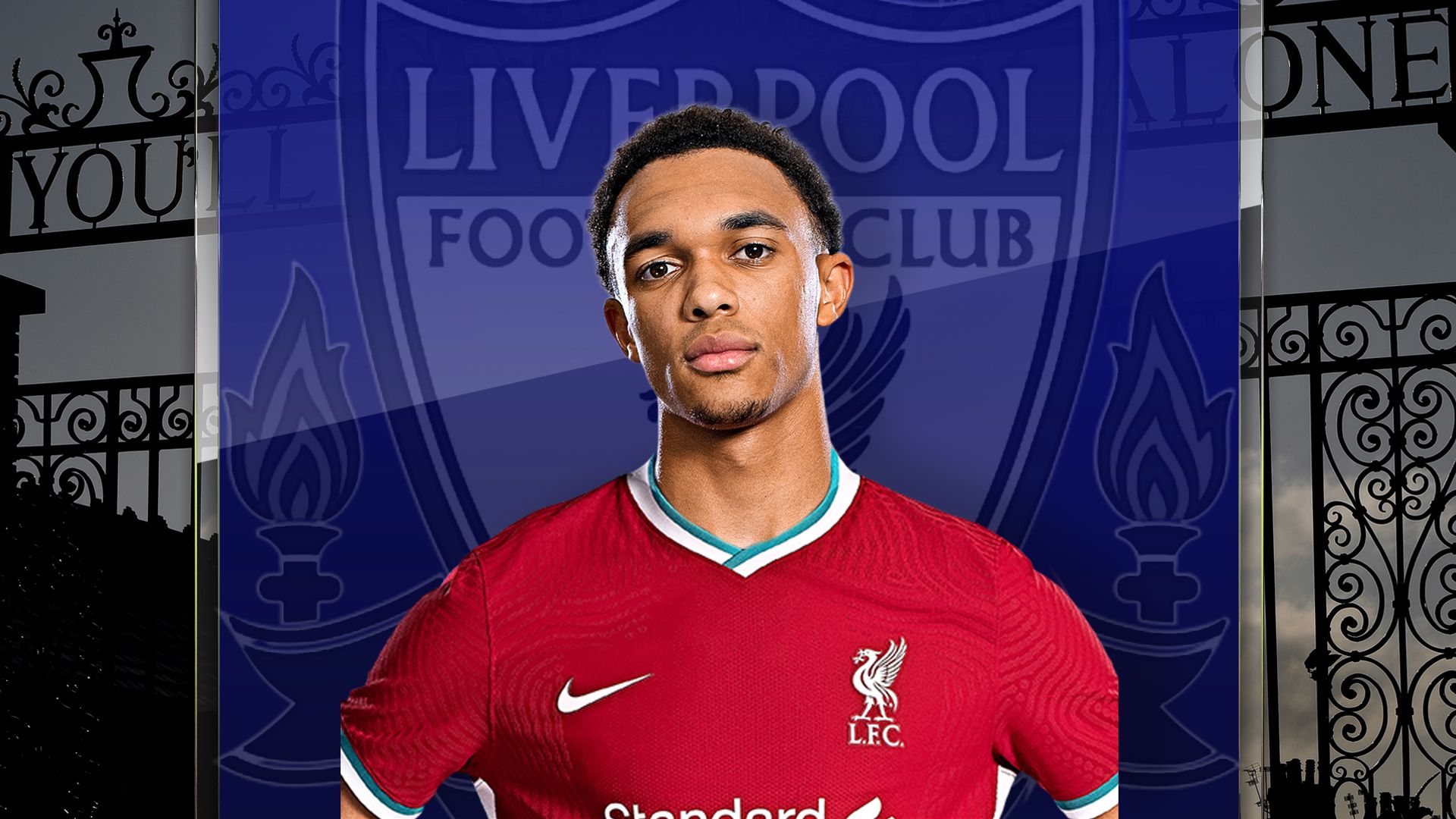 In an exclusive interview with Sky Sports’ Patrick Davison, Trent Alexander-Arnold discusses Liverpool forgetting their fundamentals of the last two seasons, his personal form this term and how important beating Manchester City is for the title race.It has been an out-of-sorts season for Liverpool. They have already lost four Premier League games this season – one more than the entirety of their title-winning campaign – and saw their 68-game unbeaten home record in the league ended by Burnley just over two weeks ago.
There was another home defeat on Wednesday against Brighton, the first time they had lost successive Premier League games at Anfield since September 2012.It has been a worrying downward turn from a team so used to victory over the last few seasons, but what does Alexander-Arnold make of Liverpool’s current form?Ahead of facing Man City on Sunday, live on Sky Sports, the right-back told Davison: “Once you get accustomed to winning all the time, which we have been doing in the previous two seasons really, you do get used to the feeling and you start to kind of expect it.

FREE TO WATCH: Highlights from Brighton’s win against Liverpool in the Premier League

“That’s probably the trap that we fell into this season in that we expected to win games because we’re good enough, something will happen and we have that quality to find a goal from somewhere, which happened naturally last season and the season before.
“But really breaking it down, that didn’t just happen because we were lucky, it happened because we worked hard, doing the basics and fundamentals right until the very last minute. That really worked in our favour. The fact we were still doing it meant we were creating the right opportunities that we could score from.
“I think maybe this season, we’ve forgotten a few of those fundamentals and we’ve just expected us to do that because it became so natural for us to do it.

“Every team goes through periods like this. You can’t expect anyone to keep winning every single game, especially in a league like the Premier League. It would be wrong of us to expect that from ourselves and for people to expect it of us. We want to, but I think in the back of our minds, we all knew this period would come at some point.”But we’re a team that’s not going to sit here and make excuses. There are no excuses on our behalf because we’ve lost a few centre-backs and we haven’t got fans – that’s the same for everyone. We’ve had a few injuries but that’s football, you can’t blame anyone for that. It’s about us being able to adjust and adapt to the situation. We haven’t done that as well as we would have liked to.”With people talking about our centre-halves, it’s not like we’re conceding three or four goals a game. It’s more about one goal, not keeping a clean sheet and not scoring at the other end. Apart from the Villa game, none of our games have been really high-scoring opposition games. So in terms of our defensive structure and keeping goals out, we’ve been able to do that to an extent so there are no excuses there.”It’s just about clicking as a full team and getting that rhythm back. I personally feel in the last few games, we have been doing that, bar the Brighton game… It’s not as if our performances have been down in the gutter. We have been performing quite well. It’s just about finding that rhythm and we had been doing that until the Brighton game, but it’s about finding that again and we’ll need that on Sunday.”

It has been a hectic recent schedule too as the Premier League continues to deal with the impact of the coronavirus pandemic, but Alexander-Arnold does not necessarily view it as a hindrance.He said: “It works in our favour that there are so many games because when things are going well, we want them to keep coming thick and fast. I imagine Man City are feeling that way. They are winning so many games that they want them to keep coming and keep that momentum going.”It’s the same for us right now. We want the opportunity to put things right as soon as possible, so either way, it’s a positive. You’re either building momentum or trying to turn that momentum the other way and bounce back.”‘I’m not at the level I want to be’

Image:
Trent Alexander-Arnold does not think he has hit the same levels of performance this season compared to the last few years

The pacey wing-back runs of Alexander-Arnold and his opposite number, Andy Robertson, have been a key feature of Liverpool’s recent success.However, the England right-back does not feel like he is reaching the same high standards he has set himself since his Liverpool debut.When asked by Davison he felt like he was reaching the same levels this season, Alexander-Arnold said: “No. There’s been times this season that I felt like I’ve been playing quite, recently I’ve been trying to get back into that rhythm from a personal point of view. It’s been a tough season in that respect.”It’s about finding that rhythm and getting back into it and letting things happen naturally. It’s been quite difficult but again, there’s no excuses. I want to try and make things happen for the team and perform as well as I can to help us win games. That’s what I’m trying to do.”‘Man City could be deciding factor in title race’

Manchester City travel to Anfield on Sunday to face Liverpool in what promises to be a thrilling game at the top of the table. See all the action live on Sky Sports Premier League from 4pm

After two successive 1-0 defeats at home to end a record-breaking unbeaten streak, who do Liverpool face next at Anfield? Only current Premier League leaders Man City on a nine-match winning run.Although there is a seven-point gap between the two sides, Alexander-Arnold is ruling nothing out in the title race, but says beating Pep Guardiola’s side is crucial.He added: “Who knows, it’s the Premier League, maybe we don’t, but I think as a general answer, I would say yes, it’s a game you need to win. We felt that last season and they would have felt that defending their title, that a game against us is a game you need to win. When you do look at the table and look at other teams, the one that catches the eye for us is Man City and the two games against them are the ones that are probably going to challenge you the most.

“It could be the deciding factor. Going back to the 2018/19 season when there was only a point in it, they won the home game and drew the away game so we came away with one point out of six and they had four and that was eventually the thing that probably won them the title.”So it is the game we feel we need to win. We are playing catch-up, but you can never say never in the Premier League – stranger things have happened.”As of right now, we’re probably not [in the title race] if you look at the table. Man City are so far ahead and it’s just about playing catch up and win as many games as we can. That’s all we can do and hopefully they drop points along the way and we don’t, but all we can do is focus on ourselves, put things right and get the win on Sunday.”Have you tried Super 6 Extra yet?

You can win £5,000 with Super 6 Extra by predicting what will happen when Liverpool host Manchester City in their Super Sunday clash.Super 6 Extra does draw on some similarities to the game we all know and love, but the beauty of this game on a Sunday lies with having to correctly predict six questions to scoop the jackpot. These are as follows:What will be the full-time score?What will be the half-time score?Who will score the first goal?Who will receive the first card?How many corners will be taken?Who will be the Man of the Match?There is, as with Super 6, a tiebreaker to split the winners if there is more than one on any occasion. This will be a possession slider, so you simply slide it to what you think the possession stat will be at the end of the game, and that could be the difference between coming away empty handed or with a sweet £5,000. Choose wisely!