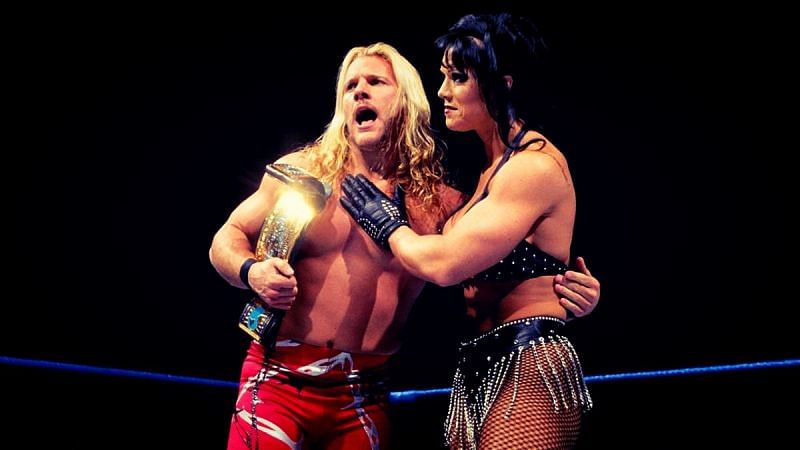 Former WWE writer Vince Russo has opened up on Chris Jericho’s treatment in the 2000 Royal Rumble. Specifically, why it was Chyna that eliminated him.In the latest episode of SK Wrestling’s Off the SKript, the former WWE writer and creative went into detail on why he feels Y2J was eliminated from the Rumble in the manner that he was. Russo seems to believe it was an attempt to belittle the Superstar, because of his relationship with both Russo and Ed Ferrara, who had since left to join rival promotion WCW.Here is what Vince Russo had to say on the issue:”What they did with Jericho was exactly what you and I talked about last week, and is exactly what Jericho documented. Jericho says that when we left he was perceived as “our boy” and he took huge steps backwards, and you see it right here. We just left in September, this is January. The one person the woman (Chyna) eliminated is Jericho and then, to add insult to injury, she gets eliminated right after that. That was all about a woman eliminating Jericho. Bro, they’re so petty with stuff like that, they’ve never changed. They’ve always been that way.”Vince Russo says Chyna should have eliminated more stars from the Royal Rumble📅 ON THIS DAY 📅 1999 – Chyna beats Chris Jericho in an Intercontinental Championship match at the Survivor Series.With a top rope pedigree no less! pic.twitter.com/w5qdSuizKX— WrestlingShouldBeFun (@WSBFun) November 14, 2018While it may sound to some that Russo is being critical of Chyna, he would explain that it would have been an entirely different situation had the star gone on to eliminate more wrestlers from the Rumble. “I love Chyna to death, and she looked great!… Now, if she would have went on and eliminated other people, or even one other person, as soon as she eliminated him she got eliminated. So that was all about Chyna eliminating Jericho from the Royal Rumble.”You can watch the full clip between Dr Chris Featherstone and Vince Russo at the link below: