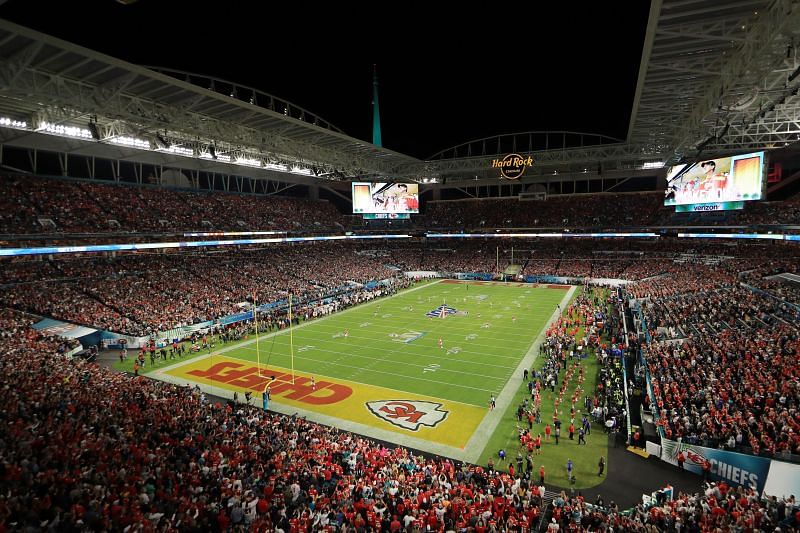 On February 7, 2021 the wait will be over. Super Bowl LV will kick off and the battle for the Lombardi Trophy will begin. With both teams set to leave everything on the field it is a must watch football game. The Kansas City Chiefs are looking to win back-to-back Super Bowl Championships.Tampa Bay Buccaneers are looking to win their first Super Bowl since 2002. Tom Brady is entering his 10th Super Bowl appearance andis hoping to accomplish and win his seventh Super Bowl ring. At kick off Tom Brady will be entering his 45th NFL postseason game.Super Bowl LV will be different from all the other Super Bowls in the past. There will only be a limited amount of people at the game. It will be an interesting feeling to be able to hear everything that is going on during the game.Tom Brady is the oldest NFL quarterback to start in an NFL Super Bowl game. Mahomes has the opportunity to become the youngest quarterback to win back-to-back Super Bowls. If Mahomes wants to achieve that goal he will have to go through the greatest of all time Tom Brady.When Tom Brady left the New England Patriots to join the Tampa Bay Buccaneers, NFL fans dreamt about this matchup between Mahomes and Brady in the NFL’s biggest game. On Sunday all those dreams will become a reality for those fans.Not to mention that the Buccaneers had to win three straight road playoff games to make it to Super Bowl LV. It is only fitting that the Buccaneers ripped off three road wins to be the home team in their home stadium for Super Bowl LV. The Chiefs are ready for their Super Bowl game. They have already defeated the Tampa Bay Buccaneers at home this season. With this being the Super Bowl and Tom Brady being clutch in the Super Bowl that win does not matter. With that being said and everyone sitting on the edge of their seats waiting for kick off of Super Bowl LV, Let us take a look at what time Super Bowl LV will kick off.What time will Super Bowl LV kick off on February 7, 2021