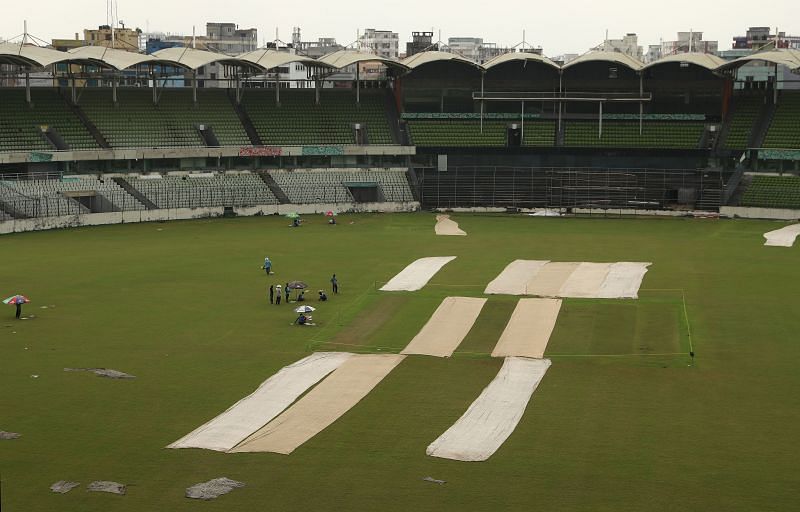 Action in the Bangladesh vs West Indies series will return to Dhaka this week when the two teams face off in the second fixture of their ICC World Test Championship series. West Indies will be high on confidence after their epic victory in Chattogram.However, the Caribbean team does not have fond memories of playing at the Shere Bangla National Stadium. The last time West Indies played a Test in Dhaka, they lost by an innings and 184 runs. Mehidy Hasan Miraz shone for the home side in that game, taking a dozen wickets in two innings.Bangladesh will expect a similar performance from Mehidy in the upcoming game. The off-spinner picked up eight wickets in the first Test, showing again his love of playing against the West Indies.Both teams have zero chance of making it to the ICC World Test Championship final. Bangladesh did have an opportunity to open its account in the tournament at the Zahur Ahmed Chowdhury stadium in the first Test. The home team performed brilliantly on the first four days, but an extraordinary performance by Kyle Mayers undid their excellent work on the last day.The conditions in Dhaka will be optimal for the spinners. Shakib Al Hasan has achieved much success on this ground, while Mushfiqur Rahim recorded his career-best score of 219* here.Test records at the Shere Bangla National Stadium DhakaWith Bangladesh and West Indies set to lock horns in Dhaka, here are some vital stats you need to know from previous Tests at the Shere Bangla National Stadium.