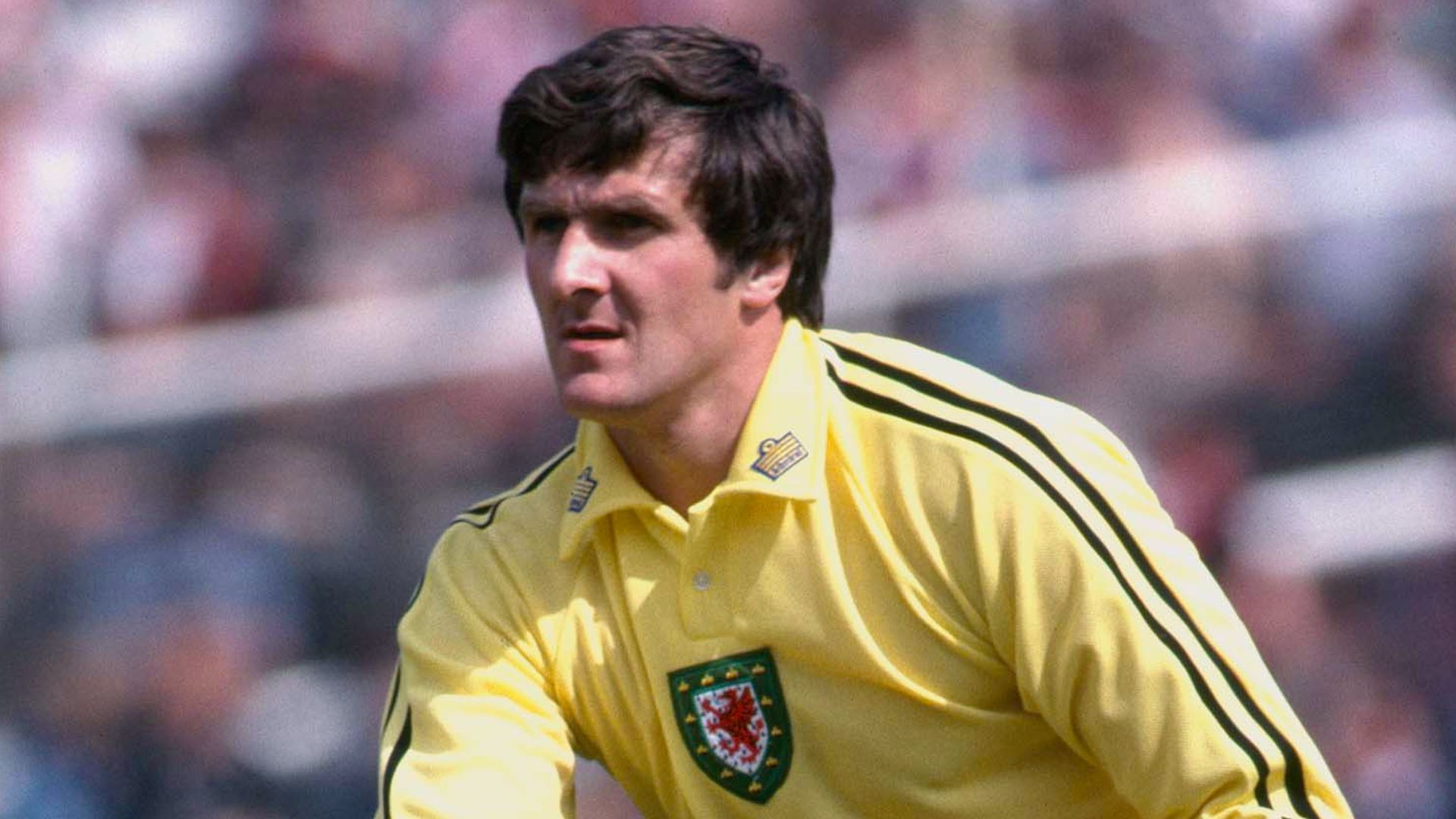 Former Wales goalkeeper Dai Davies has died at the age of 72, Swansea have announced.Davies had spells with Everton, Wrexham and Tranmere as well as the Swans and earned 52 caps for Wales.It was announced last year Davies had been receiving treatment at Wrexham’s Nightingale House Hospice after being diagnosed with terminal cancer.A tweet from Swansea read: “Rest in peace, Dai Davies. Everyone at Swansea City send their deepest condolences to the family and friends of former Swans goalkeeper, Dai Davies, who sadly passed away following his battle with cancer.”

Davies, who was born in the Welsh mining village of Glanamman, began his career at Swansea before joining then league champions Everton in 1970.He spent almost seven years with the Toffees before moving to Wrexham in 1977. He later returned to Swansea and had a stint as player-coach at Tranmere before retiring.
A tweet from the Everton Former Players Foundation read: “Sad to report the passing of @EFCFPF @Everton goalkeeper Dai Davies our thoughts go out to his family.”

Rest in peace, Dai Davies ❤️Everyone at Swansea City send their deepest condolences to the family and friends of former Swans goalkeeper, Dai Davies, who sadly passed away following his battle with cancer. Once a Jack, always a Jack 🤍🖤 pic.twitter.com/27t75OuQdT— Swansea City AFC (@SwansOfficial) February 10, 2021

Former Wales striker John Hartson, who worked alongside Davies in a later role as a media pundit, tweeted his condolences.Hartson wrote: “Thoughts are with Dai Davies, his family and friends.. former Wales, Swansea, Everton, Tranmere goalkeeper.. I knew Dai very well he was always wanting to help you a real gentleman.. had some great times alongside Dai with @S4C and @sgorio RIP Legend.”