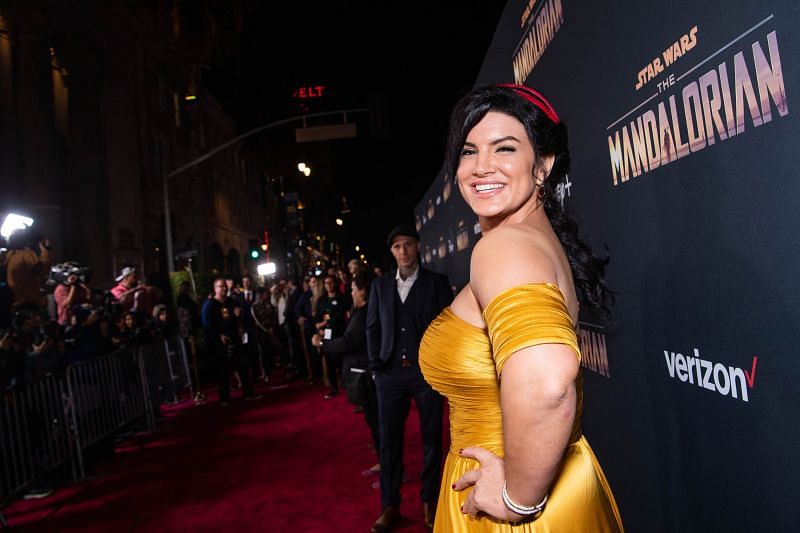 Mixed martial artist turned actress Gina Carano faces the disapproval of many people on Twitter after she produced a sequence of controversial posts on her Instagram profile. They are asking for her to be fired from her part on Disney’s television series The Mandalorian.The former “face of women’s MMA” started her career as an actress after hanging up her fighting gloves in 2009. Gina Carano currently plays the role of Cara Dune in the series based on the original “Star Wars” movie franchise.Gina Carano has already been involved in controversies at various opportunities because of her political views. This time, the former Strikeforce title challenger posted a picture with text which compared having a different political opinion in the United States to being Jewish during the Holocaust.”Jews were beaten in the streets, not by Nazi soldiers but by their neighbors… even by children,” wrote Gina Carano in the now-deleted post. “Because history is edited, most people today don’t realize that to get to the point where Nazi soldiers could easily round up thousands of Jews, the government first made their own neighbors hate them simply for being Jews. How is that any different from hating someone for their political views?”In the same sequence of posts to her Instagram stories, Gina Carano shared a picture of a man covered in face masks with the subtitle: “Meanwhile in California.” She also posted a caption that read: “Jeff Epstein didn’t kill himself.””Expecting everyone you encounter to agree with every belief or view you hold is f*cking wild,” was another story uploaded to Gina Carano’s Instagram.Fans of “The Mandalorian” are now demanding that Disney and director Jon Favreau take action against Gina Carano’s behavior. The hashtag #FireGinaCarano already has over 30,000 mentions on Twitter.How was Gina Carano’s career as a mixed martial artist?

Strikeforce: Carano vs. CyborgBefore achieving broader fame as an actress, Gina Carano was already a well-known name among combat sports lovers. Competing at Strikeforce and EliteXC, she became one of the most influential fighters in the world.Following her rise to fame, Gina Carano was booked to fight Cris Cyborg for the Strikeforce women’s featherweight belt, marking the first time that two women headlined a major MMA event. After her defeat to Cyborg, Gina Carano retired from fighting to pursue her acting career.In 2014, UFC president Dana White considered bringing Gina Carano back out of retirement. She was supposed to face then-champion Ronda Rousey, but the bout never materialized.
Published 11 Feb 2021, 05:29 IST