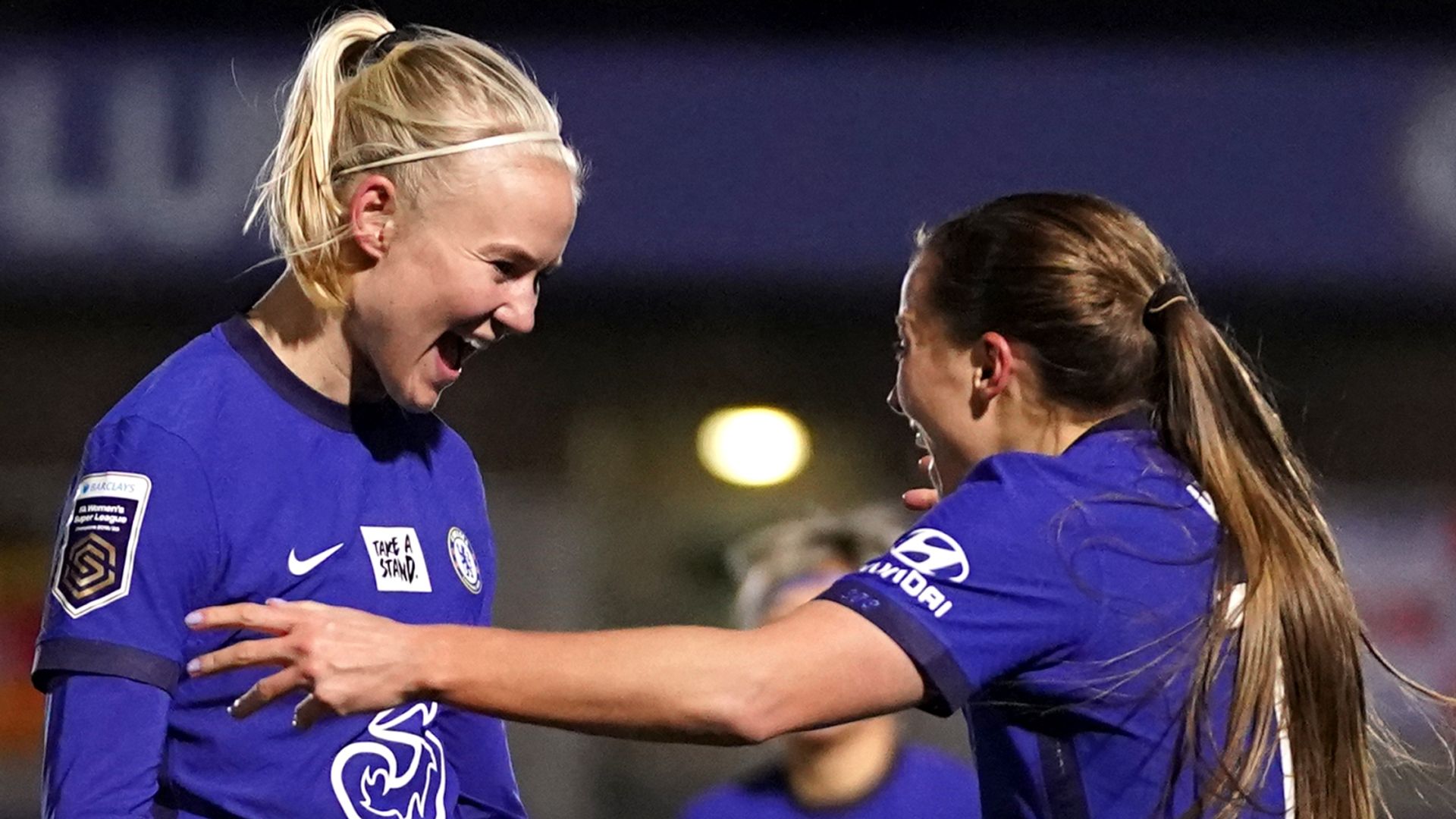 Pernille Harder’s double helped Chelsea beat Arsenal 3-0 and maintain top spot in the Women’s Super League.Chelsea started in the ascendency and retained most of the possession in the visitors’ half, but failed to test Arsenal goalkeeper Lydia Williams.
Arsenal forward Vivianne Miedema fired a low effort that forced Ann-Katrin Berger to make a save with her legs.Berger’s counterpart Williams produced two saves from Fran Kirby at the end of the first half.The reigning champions took the lead in the 48th minute through Harder, who hit a low effort into the bottom corner.
After some build-up play from the left, Kirby turned provider once again, gliding the ball to Harder and she smashed her effort into the back of the net.
Chelsea added their third goal late on through Kirby, who slotted a low shot past Williams to earn an important victory.

Aileen Whelan’s first-half goal was enough for Brighton to secure a 1-0 win over West Ham.Brighton, coming off a win away to table-topping Chelsea at the weekend, had the better of the play, with West Ham goalkeeper Mackenzie Arnold forced into a fine save to push Nora Heroum’s 31st-minute effort over the crossbar.But Arnold could do nothing moments later as Whelan turned the ball in from a corner.West Ham’s Emily van Egmond struck the bar with a free-kick five minutes later but they could not find an equaliser.The derby between Birmingham City and Aston Villa, as well as Tottenham’s game at home to Bristol City, were called off due to frozen pitches.The Women’s Football Show – Hege Riise reveals England plansEngland interim manager Hege Riise will join The Women’s Football Show on Sky Sports on Friday February 12.Riise will discuss her first squad announcement and her plans for the role until September – when Sarina Wiegman takes charge permanently – as well as her role on the GB Olympic team.The show will also feature Claire Rafferty, who swapped playing for her new role in the boardroom of Lewes FC – the first club to pay both men and women equally.England and Man City forward Ellen White also joins the show as she becomes WSL’s all-time top scorer.Watch The Women’s Football Show at 6pm on Friday February 12 on Sky Sports Football.